A Fayetteville, Georgia, man, Andreas Flaten, said that he finally received his last paycheck after waiting since November 2020 from when he left his job at A-OK Walker Autoworks. He was supposed to get his final paycheck but was having some difficulty getting it.

Flatten said that he even had to reach out to the Georgia Department of Labor to get some kind of help in receiving his final paycheck.

Just this previous week, Flaten finally received the entirety of the $915 he was owed by A-OK Walker Autoworks. Just not in the form he was hoping for.

Flaten said he was leaving his home to go to the store when he noticed the pile of oil-covered pennies. He said on top of the pile was an envelope that said "f--- you" and contained his last paystub.

"This is a childish thing to do," Flatten said.

The wheelbarrow now sits in his garage on deflated tires from the weight of the pennies.

Flaten said his new routine is now to sit in his garage at night and clean off the pennies with a solution of dish soap, vinegar, and water. Even with the solution, it's hard to get the pennies clean. 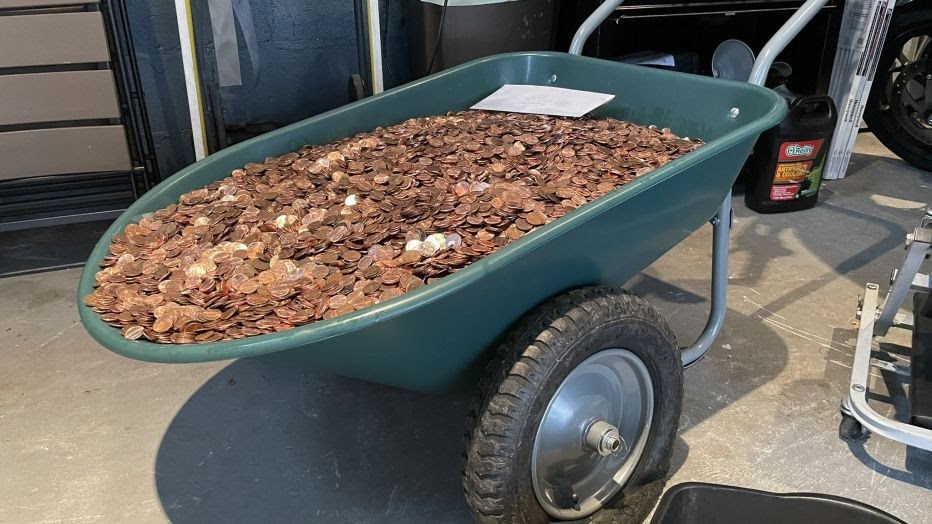 He said it took him about an hour and a half to clean off several hundred.

"I think that’s going to be a lot of work for money I’ve already worked for," he said. "It’s going to be hours upon hours of just cleaning this money up so that it’s even able to be spent. It’s definitely not fair at all."

The owner of the business only stated that he paid Flaten in U.S. currency.

Previous BREAKING NEWS! The Head Of The Obama Family Is Pronounced DEAD

John Oliver's Message To White Americans Is Shocking And Terrifying